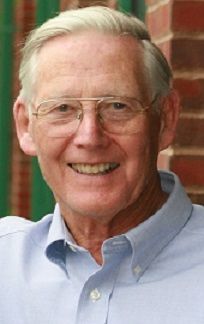 Dr Robert Cook, FRCVS., PhD., Professor of Surgery Emeritus of Tufts University, Massachusetts, is a veterinarian who, for most of his career since graduating from the Royal Veterinary College, London, in 1952, has been a faculty member of clinical departments at schools of veterinary medicine in the UK and USA. He is the author of two books for horsemen, Specifications for Speed in the Racehorse: The Airflow Factors, and Metal in the Mouth: The Abusive Effects of Bitted Bridles. He has also produced a videotape Selecting Racehorses Using the Airflow Factors. His research has been focused on diseases of the horse’s mouth, ear, nose and throat, with a special interest in unsoundness of wind, the cause of bleeding in racehorses, and the harmful effects of the bit method of communication.

Cook has published nearly a hundred articles in scientific journals and many articles in horsemen’s journals. These articles incorporate contributions to knowledge which have benefited the horse and been of practical value to horsemen and equine practitioners. He believes that the work he has done since 1997 to investigate the bit method of communication in the horse and to validate the Bitless Bridle is now doing more for the welfare of both horse and rider than anything he has done previously. It is helping horsemen in all disciplines of equitation to achieve improved performance. The horse’s mouth is one of the most sensitive parts of its anatomy. Fear initiates a flight or fight response (bolting or countless forms of resistance). His research has shown that the bit is responsible for over a hundred behavioral problems. Cook is happy to endorse the Bitless Bridle as a preferable alternative to the Bronze Age technology of the bit.

The Bitless Bridle™ provides a method of communication that is more humane. By comparison with traditional bitless bridles, it is happier than a hackamore, better than a bosal and smarter than a sidepull. The Bitless Bridle is painless. With a subtle but simple system of two loops, one over the poll and one over the nose, the Bitless Bridle provides the rider with effective communication through the ability to apply gentle and painless pressure to either the whole of the head (slowing and stopping) or half the head (steering). And where the head goes, the horse follows He considers it to be the best thing to have happened to the horse since man first placed metal in its mouth, 6000 years ago.

Use this form to find things you need